The information below is required for social login 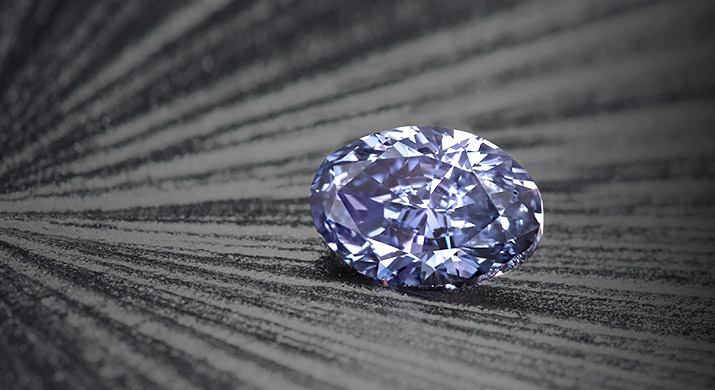 Why are blue diamonds so rare? Basically, they are much harder to find! There are only three main mines in the world that have produced natural blue diamonds - the Cullinan mine in South Africa, an Indian mine in the 17th century Golcondo Sultanate, and the Argyle mine in Western Australia.

Formed far deeper in the earth’s core than other diamonds (sometimes up to four times deeper), blue diamonds are only found in mines that were positioned above the oceanic crust when the material ascended to the earth’s surface millions of years ago.

The colour of blue diamonds is caused by the chemical element boron being present during the natural creation process. Occasionally, there are also trace amounts of hydrogen which can also be detected.

The interaction between the diamond’s pure carbon crystal structure and the boron molecules causes it to simultaneously reflect blue light while also absorbing the yellow. The colour of blue diamonds ranges between the completely covetous shades of ocean blue, through to the mesmerizing hues of softer skies, depending on the amount of boron in the lattice.

The Argyle mine is one of only a handful of locations on the planet that produces blue diamonds, and the yields are sporadic at best. In fact, during the 30 years of the Argyle Pink Diamond Mine Tender, only 42 diamonds have have ever received a GIA grading report which specifically states it is either a blue or a violet coloured diamond.

Smaller stones are more often produced by Western Australia's Argyle Mine, and a great selection of these are frequently available here at Nina's or can be sourced by our diamond specialists.

The closing down of the Argyle mine in November 2020 has limited the production of these precious blue coloured diamonds even more.

What to look for when buying blue diamonds 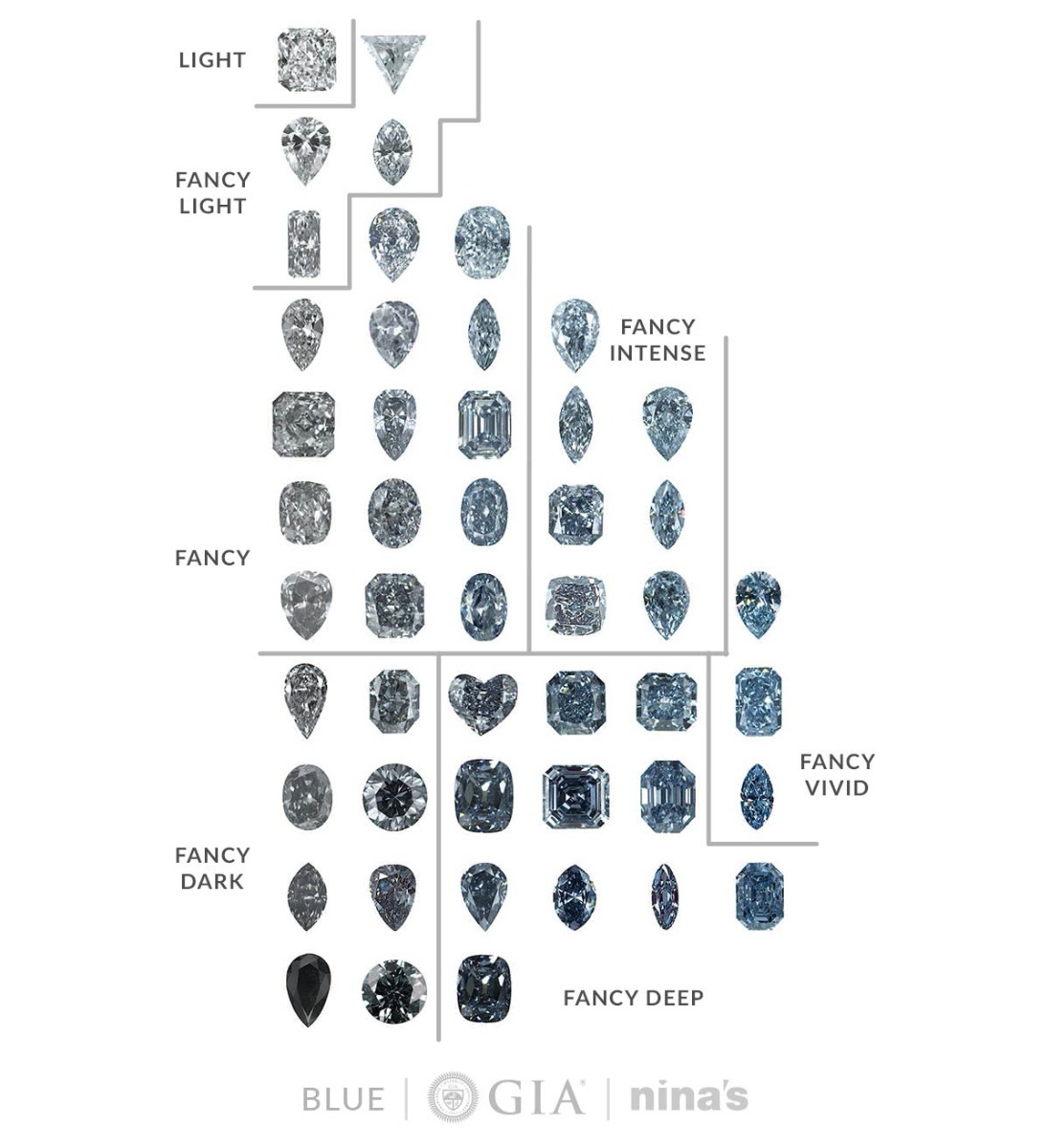 Pure blue coloured diamonds are found naturally in several different shades of blue, including greenish blue and greyish blue. The diamonds in shades of greenish blue are said to form due to exposure to radiation, whereas the greyish hue is caused by higher concentrations of hydrogen within the diamond.

Not only are these blue coloured diamonds the rarest of all blue diamond varieties, the most common secondary colours are greyish-blue and greenish-blue, which are considered exceptionally rare and valuable.

Due to the fact that there is often more than one colour present, blue diamonds should have their settings and complementing metal colours carefully evaluated to find the most suitable presentation. This requires correct identification of the exact colour grade, along with the three main aspects of hue, tone and saturation.

The unique qualities of the coloured diamonds from the Kimberley lead Argyle to develop their own colour grading scale for their blue diamonds. The intensity is defined by a number that goes from BL1 to BL3 with the strength of the colour (BL3 being the most intense).

When you go to a jeweller, it would be a good idea to make sure you know what kind of blue diamonds they have for sale. Most customers prefer natural blue diamonds but if they are manufactured or have been treated, make sure the price you get is set accordingly.

Comparing the prices of blue, white, & other coloured diamonds

Because blue diamonds are one of the rarest diamond colours on earth, they usually have an incredibly expensive per carat price tag of over $1Million USD.

Smaller blue diamonds which are below 0.3 karat are usually much more affordable, which can be paired with other stones to create a special piece of jewellery. We here at Nina’s pride ourselves on being able to access finite numbers of these exclusive and rare natural diamonds.

One of the most famous and desired natural blue diamonds in the world, weighing in at a whopping 45.52 carats, is, of course, The Hope Diamond. Eternally shrouded in mystery, legend and folklore, it was during the French Revolution in 1762 that The Hope Diamond was stolen from the French Crown Jewels. Today it is safely under lock and key in Washington, DC at the Smithsonian Natural History Museum.

Other famous blue diamonds are the 6.16 carat pear-shaped Fairness Blue diamond originally given to the Queen of Spain, whereas The Blue Moon of Josephine holds the record for the highest priced diamond or gemstone at over $4 million USD per carat.

Unfortunately, one of the more recognised blue diamonds of modern times, The Heart of the Ocean in James Cameron’s Titanic, is only a fictional blue diamond. The movie prop was actually made from a large blue tanzanite with zirconia. While there was a sliver of truth in the story, as a precious diamond and sapphire necklace was lost to the ocean that night, it was neither a blue diamond nor was it called The Heart of The Ocean.

Despite their similar appearance, blue diamonds and sapphires are both entirely different types of stone, with completely different chemical compositions. Blue diamonds are much harder and much more scratch-resistant than sapphires, and they also appear to have more brilliance caused by its superior ability to refract light.

Blue diamonds have an undeniable appeal while exuding elegance and modernity, which combine to make these gems the perfect choice for a one-of-a-kind ring or pendant. Browse Nina’s range of Argyle blue diamonds to find inspiration for your next statement piece.