The journey of coloured diamond formation

Whilst white diamonds contain an undeniable beauty, coloured diamonds with their spectrum of unique shades possess a whole other level of allure. During formation, each one goes through a complex journey to become a diamond, before undergoing further reactions and additional stress that gives them their unique colour, hue and brilliance.

These accidental accomplishments of nature lead to a truly bespoke treasure, allowing each coloured diamond to tell a different tale of its birth, and be completely one of a kind.

How are colored diamonds formed?

The origin of the world’s most sought after diamond continues to baffle scientists worldwide. The pink diamond is believed to be caused when a diamond is exposed to enormous pressure during its formation. The stress and strain the diamond encounters creates pink color zones within the diamond, resulting in a pinky hue that varies in terms of depth and richness, giving pink diamond lovers a litany of options. 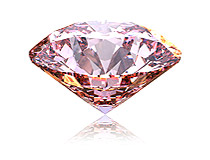 Most notably mined from the red rocky landscapes of Argyle, Western Australia, pink diamonds from this region are theorized to be a product of ancient seismic activity, which propelled a number of colorless diamonds to the earth’s surface with an altered molecular structure, causing them to appear pink.

At Nina’s, we are a select Argyle pink diamond atelier which means that we only source the finest and rarest of these pink diamonds for our customers.

View our remarkable collection of pink diamond jewellery at Nina's.

While there was once a time when champagne coloured diamonds lacked appeal, today they are pursued by collectors worldwide. 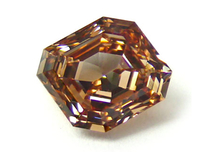 As champagne diamonds form, they trap small amounts of nitrogen within their body. Nitrogen, alongside the diamond’s crystal structure, alters the way it absorbs light. As a result, each one features a backdrop of brown with flecks of yellow, giving a distinct champagne-like appearance.These yellow brown diamonds deliver an understated air of luxury and affluence, ideal for those who take a more subtle approach to glamour.

The most famous champagne diamond is ‘The Golden Jubilee’ which at 545.67 carats is the largest cut and faceted diamond in the world. Discovered in the Premier mine in South Africa, this outstanding jewel now sits amongst the crown jewels of Thailand.

Reminiscent of Hollywood royalty, yellow diamonds are the second most common diamond colour. Having gained their popularity because of their bright, unyielding shine and relatively affordable prices, yellow diamonds can be found worldwide, with the most intense yellow diamonds mined in South Africa. 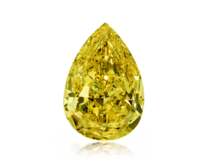 These diamonds feature an intense concentration of nitrogen, which makes its way in during the formation process. As a result, many also feature a backdrop of brown, and the way the nitrogen falls within the diamond appears to determine whether it is a dark champagne or a canary yellow.

Blue diamonds are amongst the rarest of coloured diamonds. Their development occurs through immense pressure and heat under the influence of carbon elements, alongside nitrogen and an unusual addition, boron – which come together to produce a blueish tint. 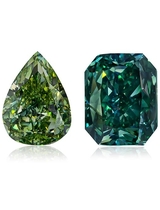 Found most commonly in the Argyle diamond mine, Western Australia, South Africa and parts of India, there is more to these gems than meets the eye. An unusual chemical makeup and rich role in history make blue diamonds some of the most fascinating stones in existence.

In contrast, green diamonds have a supernatural story to tell. As a green diamond forms, it traps particles of natural radiation within its crystal, leading to a strong fluorescence that appears visually green. Only the portions of the diamond that absorb radiation emit a green hue, resulting in different depths of colour across the diamond.

Undeniably rare, only 20 to 30 red diamonds of gem-quality exist in the world. 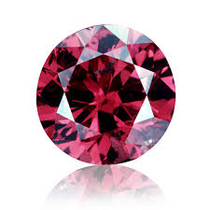 Formed due to an unusual deformation in the atomic structure of the carbon during diamond formation; red diamonds are believed to have the same origin as pink diamonds in a more concentrated genesis. The greater stress that the diamond endures, the deeper the brilliant red hue and uniqueness of the diamond.

It’s dazzling beauty alongside it’s outstanding rarity is a reason why the red diamond is considered a productive investment. Famously produced in the Argyle diamond mines, Western Australia, red diamonds can also rarely be found in Africa and Brazil.

Formed by nature or in created a lab?

In recent years, due to the overwhelming popularity of colored diamonds, a market emerged for synthetically produced diamonds, grown in a lab. These are often touted to hold the same chemical properties as natural diamonds which have been formed over millions of years of geological pressures, but possess none of the significance, romance or value of naturally occurring diamonds.

Diamonds from locations such as the Argyle mine are in and of themselves exclusive. Each imperfection that determines their colouration is unique. Unlike synthetic diamonds, no two natural diamonds are the same.

At Nina’s, we source nature’s most dazzling diamonds, hand selected for quality and beauty. We celebrate that every diamond is unique and can help find the diamond that was formed for you. To start your search, get in touch

July 22, 2019
I consent to the  collection and processing of my personal data.